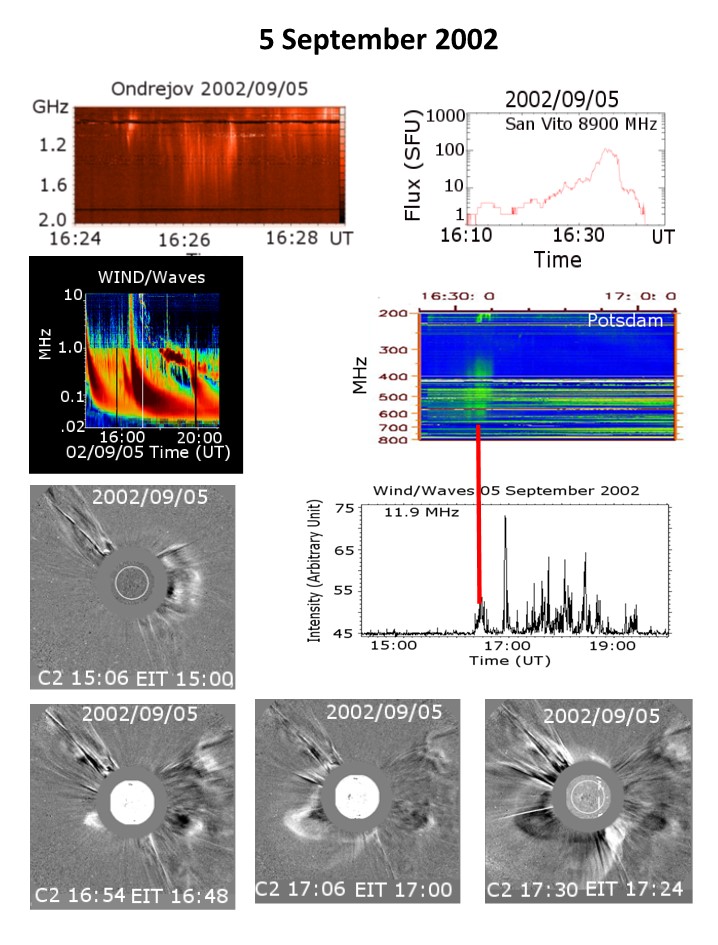 05 September 2002: 16:10 UT: Microwave burst at 8.8-GHz (A) (SanVito), also observed in the 2-0.8 GHz frequency range by Ondrejov. Around 16:30: strong microwave flux increase which drifts in frequency and is successively detected by the Postdam spectrograph (600-200 MHz) and by WIND/Waves (Type III bursts) (see right side panel). This is followed by the onset of a type II burst at 16:55 UT. The event is associated with a CME (CMEh36 16:54 UT, V 1748, 1855, 1903 km s−1). This CME displays, near the onset time of the type II burst, a rapid evolution of its western edge and the region located between this CME and its western neighbouring one becomes very bright; we suggest that the WIND/Waves type II burst might originate from this region. The onset of a bursty continuum (a common property at low frequencies) is observed near 17 UT .
This event shares the following characteristics: Microwave burst and continuum (type IV), Type II burst, (may-be originating from the encounter between two CMEs).