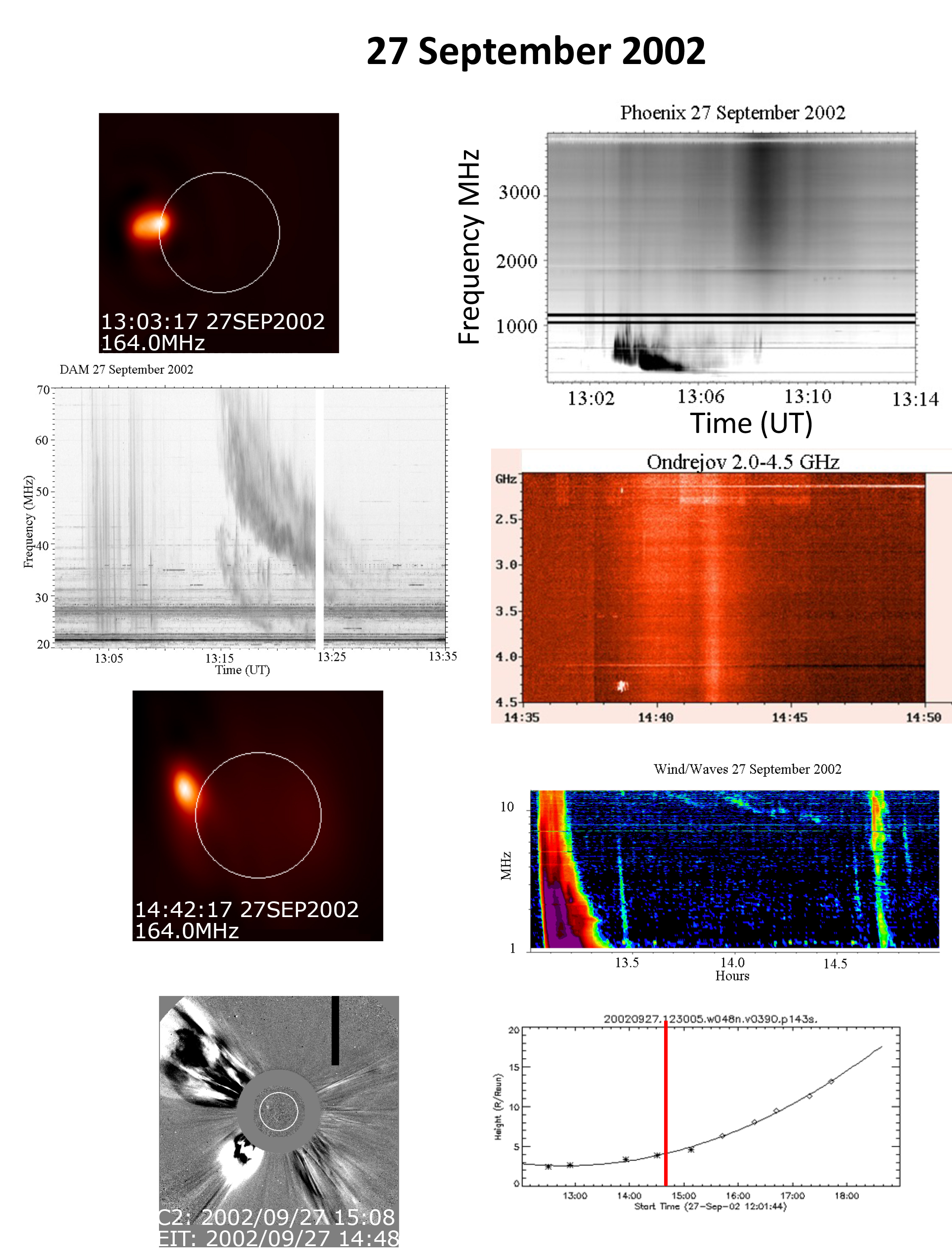 Episode II 14:39-14:43 UT: Onset of a short microwave radio event (Ondrejov 4.5-2.5GHz), also detected at lower frequencies DAM, NRH at 150 MHz then WIND/Waves). The NRH source is located in the same region as the one discussed in Episode I. The WIND/Waves type II burst disappears soon before the onset of this event which is associated with a type II-like burst of very short duration. Here again, both CMEN41 and CME1 are observed conjointly.

This event shares the following characteristics: