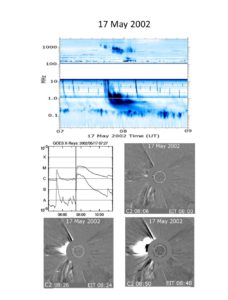 This event shares the following characteristics: Microwave burst (A) drifting in frequency; sudden stop as inferred from radio observations, presumably after its encounter with a coronal obstacle.