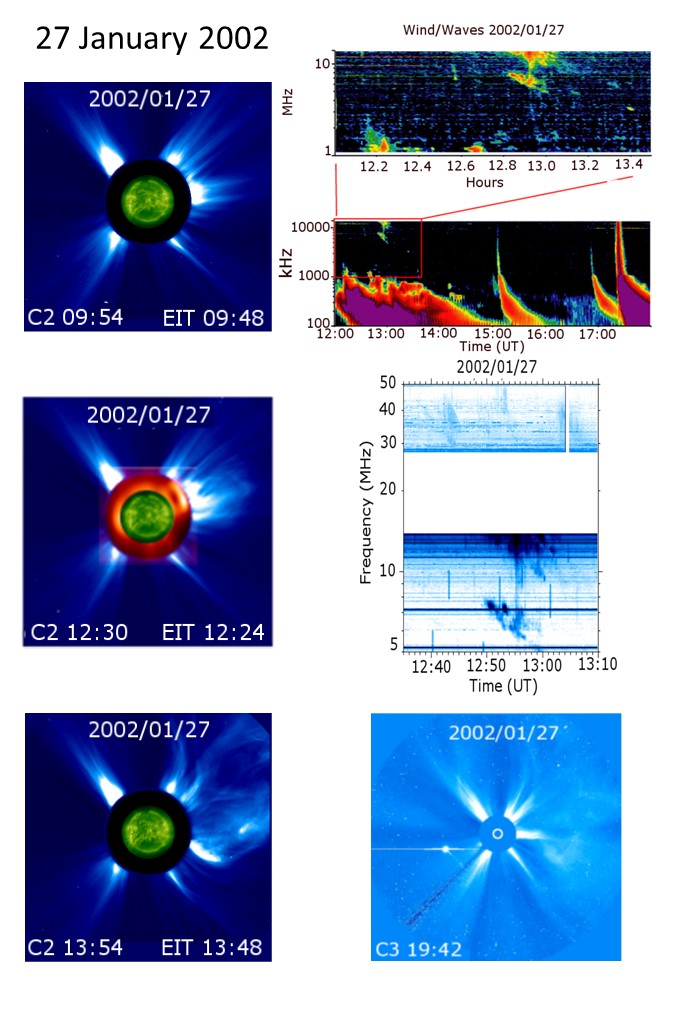 This event shares the following characteristics:  Continuum long duration (B),  Interactions between at least two CMEs and with the ambient medium , Type II burst. 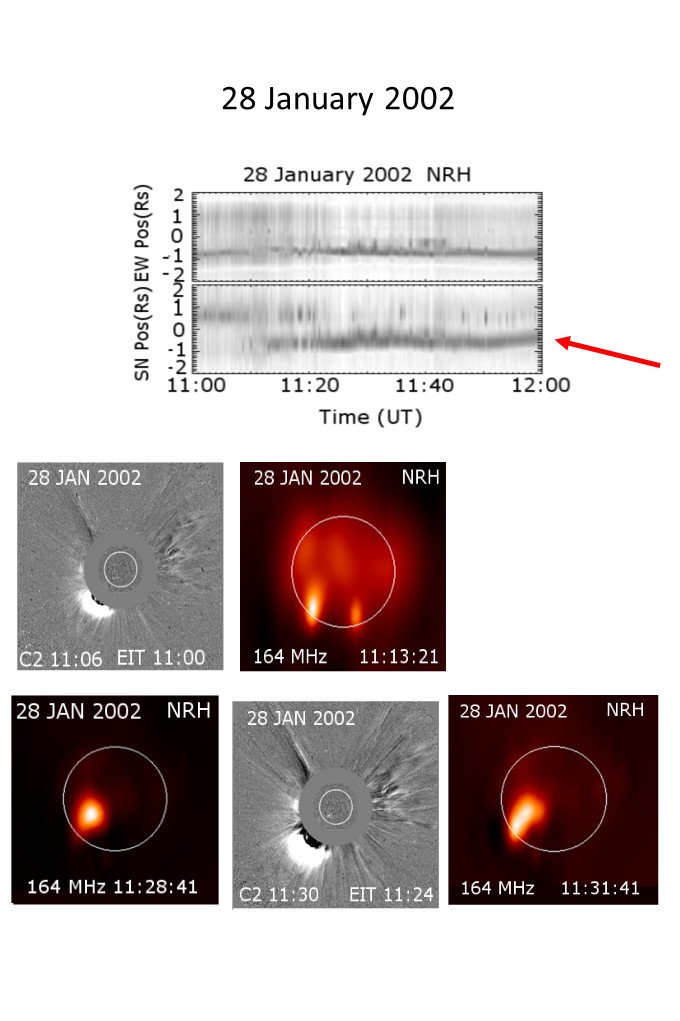 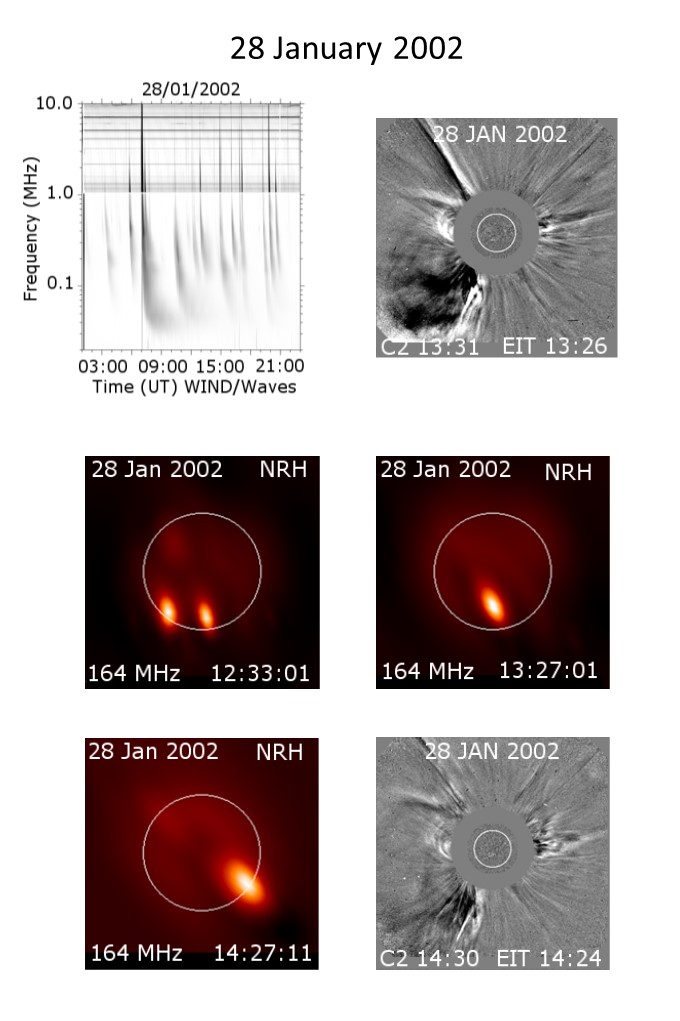 Note in conclusion that, taking into account the propagation aspects of the 27 and 28 events, the second one was considered, in the Bocchialini et al.  submitted publication, as more favorable than the first one.