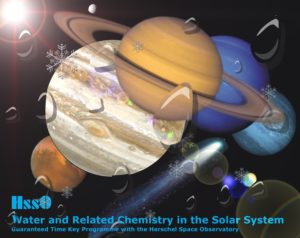 rschel Guaranteed Time Key Program “Water and related chemistry in the Solar System” (PI: P. Hartogh, MPS, Germany), also known as “HssO” (Herschel Solar System Observations), proposes to determine the origin, the distribution and evolution of water and its isotopes in the atmospheres of Mars, the outer planets and Titan, and the comets (Hartogh et al. 2009).

The D/H ratio has been measured in the atmospheres of the giant planets and some comets to constrain the composition of the primordial ices of the Solar System (Feuchtgruber et al. 2013, Lis et al. 2013, Bockelée-Morvan et al. 2012, Hartogh et al. 2011). The water cycle of Mars is studied by monitoring the vertical profile of this species. Retrieving the vertical profile of water in giant planet stratospheres is key in assessing the type and magnitude of their external oxygen sources.

I have been involved in the preparation and execution of the HssO program since 2005. I am responsible for the science theme “Spatial distribution of water in Jupiter and Saturn”. In 2009-2010, I participated in the calibration activities of the HIFI Instrument Control Center (Roelfsema, et al., 2012) 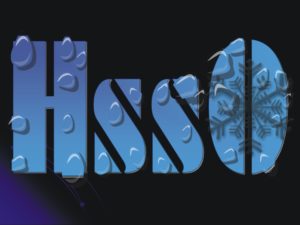 Related posts:
The cometary water of Jupiter
A water torus discovered around Saturn
An external source of CO for Uranus